Hi everyone! Today I’m so excited to have the authors of Summer Crush (Tara Frejas, Jay E Tria and Six de los Reyes) here today to answer some questions. And here we goooo! 😀 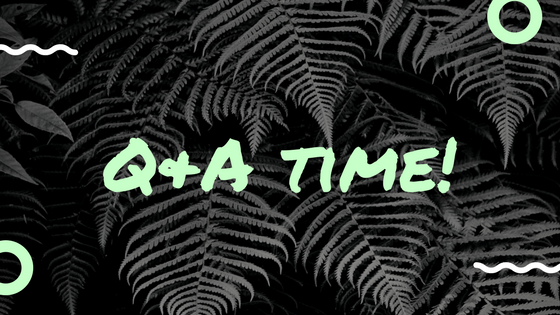 You’ve all written several books, do you have a fave? What makes it your favourite?

TARA: I really don’t want to have to pick a favourite (huhu), but Waiting in the Wings is very close to my heart, and I think, of the books I’ve written so far, it’s the one I’ve invested a lot of feelings on. 🙂 I am a fan of local theatre, I am friends with a few theatre actors—I got inspired by their passion in telling stories on stage, and I wanted Waiting in the Wings to kind of be a love letter to them. Additionally, there were some themes in the story that were closely related to my life and the lives of my friends, so writing it was very cathartic to me.

JAY: Every book is the current fave while I’m writing it, which it kind of has to be because if I don’t love the story then I won’t get to the bittersweet moment of typing the end. Summer Crush is extra special because the process was different. It was really a collaboration, and I feel like I got a true sense of what that meant creating this, and I was lucky because I got to create it with authors I love and respect, so it has a special place in my heart.

SIX: Right now it’s Feels Like Summer, if only because of Arabella. I love writing the band, there’s always some kind of mischief involved and they’re just so fun and stress-free no matter what Adrian or Franklin might say about being in the band

Favourite character you’ve written/the one you relate to the most?

TARA: OMG how dare you. HUHU. My favourite character would have to be Fi, from Scandalized. (Shhh, don’t tell the others!) I mean, I know she’s a smart, headstrong young woman who knows what she wants… but she also gets to handle three beautiful band boys and date a gorgeous hunk? She is #goals. HAHA!

JAY: I love Ana. She surprised me. She’s like a new cast member joining a second season when I first wrote her. So we were kind of getting to know each other and figuring out how she fits when I thought of her for Songs to Get Over You. But she turned out to be awesome and determined and just game for life. And that’s amazing to me because it tires me out just thinking about how on she is all the time. I give her hugs a lot.

And then ok, you said just one, but Shinta is a favourite. There, I said it. I can’t get over him. So there he is, cropping up as a condom promotional standee even when it’s not his story. Can’t say I relate to him the most or that I’d be able to handle his sparkle in real life, but I like how he’s confident without being invasive, and persistent without being overbearing (I hope?). I mean, climb my balcony already

SIX: My favourite character I’ve written so far, though not necessarily the one I relate to the most would be Adrian from Feels Like Summer. He’s just a big softie and the dynamic he has with his band Arabella is another one of my favourite things to write about. I also really love writing about my OT3 Rhys, Isaiah, and Nico. I can never write them apart, it would be a travesty.

Your characters feel so real and their personalities so distinct, how do you go about crafting them? (do you do character profiles etc?)

TARA: I don’t necessarily do character profiles (like write them all down before I start with a story), but I do have an idea of what kind of people they are, what they like and dislike, and how they’d react to certain things. The other quirks/traits, get “revealed” to me as I write the story, if that makes sense. I get to know my characters more too, as I write them. 🙂

JAY: Thank you for thinking that! I talk to them, heh. They started it! Yes, there are character profiles, like what’s the age, birthday, how many siblings, what music she listens to, how she looks like. But I also spend time freewriting conversations with the character, especially when I’m stuck. It’s usually pages of words spilling out with no apparent order, like a conversation with a friend you’re catching up with. I also ask the characters for their rule, their grounding philosophy. I learned this when I joined this workshop by Bronze Age media called #StrangeLit, from Filipino writer Paolo Chikiamco, and it’s been super helpful.

SIX: I begin with a sketch, a feeling, key words that describe who this character is and what their role is in the bigger picture. I guess the easy (hard) way to think about it is that they’re each the main characters of their individual lives so none of them is set aside as a plot piece. I also write histories and group dynamics for each major character. It’s a long process that includes a lot of daydreaming about how they’d react to certain situations and what in their history brought about this personality.

Music plays a big role in Summer Crush, if you could choose one role in the music industry would be in the band, the roadie, PR or some other function? Why?

TARA: If I can’t be part of the band (seriously, I am a frustrated musician haha!), I’d like to be in a position where I can do something creative for the band. Maybe do their photoshoot, album jackets, music videos, concert paraphernalia, stuff like that. I think it’d be fun. 🙂

JAY: You mean something realistic, right? Because I want to be in the band but I don’t have the skills or the temperament. So I can be Mars’s assistant instead, helping him out because the manager’s work is a lot of people-ing and it gets crazy. I’d pick up the guitars and stuff, and when it’s a lean day maybe Miki would like to jam to Simply Red or Voxtrot something.

SIX: Songwriter/Producer. I like the science and the math and the music together. I also imagine it would include less peopleing than other functions.

What can readers expect from you all next? Any details you can give us on currents projects or what you have planned to release next?

TARA: There are two things on my immediate list at the moment—one is #ProjectPio, which is a spin-off to Waiting in the Wings, and the other is #RR2, which is the next book to Scandalized. I am aiming for either a September or October release for #ProjectPio, and after that maybe I can start working on #RR2.

JAY: There’s one non-Playlist book, and then one Playlist book. It’s the bassist’s turn 🙂

SIX: I’m currently (lol always) working on a couple of things at the same time waiting for one of them to monopolize all my attention. But there is a Rhys, a tinapahan (smoked/dried fish business) novella with the game developer LI, and Phylle’s Field Guide. 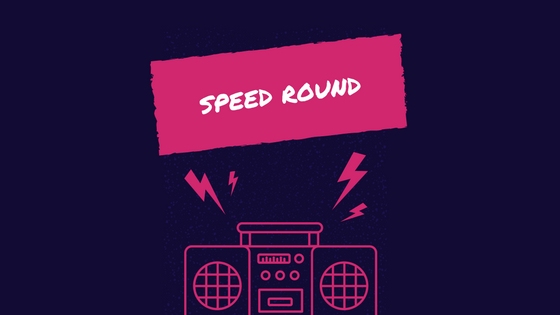 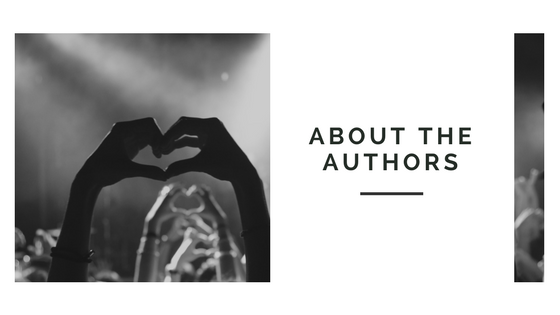 Jay E. Tria is inspired by daydreams, celebrity crushes, a childhood fascination of Japanese drama and manga, and an incessant itch to travel. She writes contemporary young adult and new adult romance. Sometimes, paranormal fantasy too.

Tara Frejas is a cloud-walker who needs caffeine to fuel her travels. When she’s not on work mode, she keeps herself busy by weaving her daydreams into stories.

Aside from her obvious love affair with words and persistent muses, Tara is very passionate about being caffeinated, musical theatre, certain genres of music, dancing, dogs, good food, and romancing Norae, her ukelele. She owns a male bunny named Max who sometimes tries to nibble on her writing notes.

Six de los Reyes has been reading and making up stories for as far as she can remember. In fifth grade, she learned to write about the stories she wanted to read. As a pretend grownup, she writes contemporary romance novels. Her day job doing science has something to do with being a part-time mermaid and a part-time labrat. She currently lives next to the sea.

Just for the Record: Or Justifying Betrayal in Three Acts