I was lucky enough to get an ARC of Keeping the Distance (book 1 in the i heart iloilo series) by Clarisse David. WHOO!

Last year i grabbed Clarisse’s book Prom Queen Perfect  after seeing the romance class tag around on twitter, and the book was free at the time so i snatched it up and I loved it! That was my first book by a Filipino author, set in the Philippines and I’m definitely going to make my way through all the romance class books. Seriously everyone go check out #romanceclass over on twitter.

Right back to Keeping The Distance. Look at this adorable cover! It’s so perfect and cute. The main girl Melissa also wears a lot of pastel stuff so that skirt is spot on! 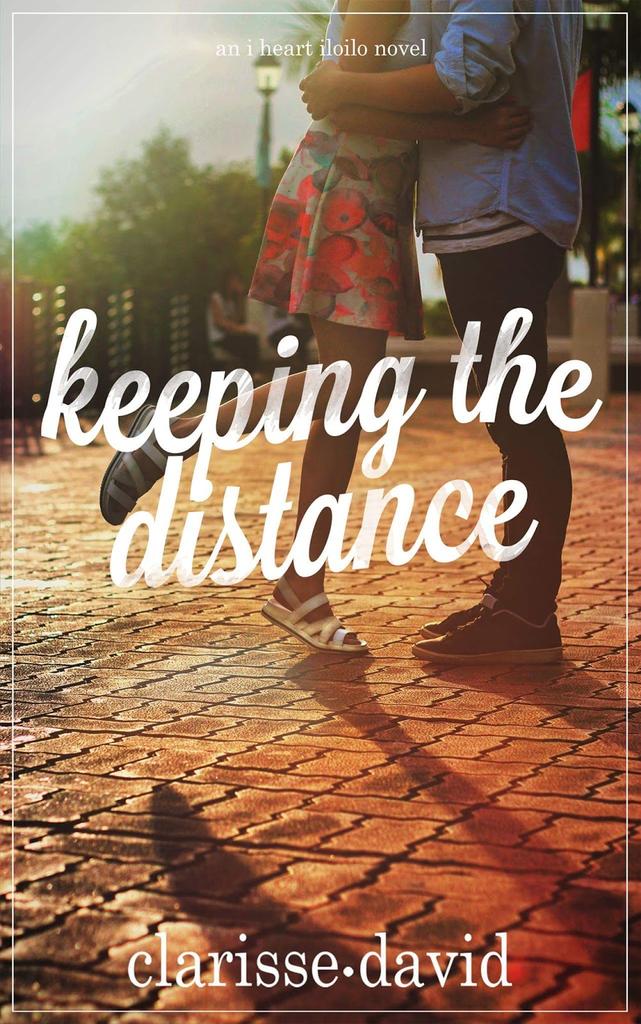 so the actual REVIEW:

I really liked this one! It was just a really sweet high school romance.

I’ll be honest, In the beginning I didn’t like Lance all that much. He had that cocky playboy thing going on and kept hassling Melissa and she was well within her rights to exact revenge. But as the story went on and we saw more of Lance being a little vulnerable he grew on me. Which i knewww was gonna happen because little by little I was like ugh Lance quit being annoying and yet funny at the same time lol (I was a goner, don’t know why i tried to fight it >.>)

But there was something about Lance that lit up a spark of rage inside her.

I love the enemies to lovers trope and oh yeh these two were definitely not friends in the beginning, which culminated in one funny scene involving a chair and super glue (poor Lance, he really had that coming) and a bunch of other pranks which just set each other off.

I meaaaaaan look at this scene right here mwahahaha:

In her mind, a thousand volcanoes exploded, lava decimating entire civilizations. She almost balled up the notebook paper and marched right back their classroom to stuff it down Lance’s throat.

His first mistake was thinking she wasn’t capable of anything sinister.

Melissa was a great character. We get to see the pressures she faces as the principal’s daughter. It’s never easy when parents have these expectations and this is twice as hard when you’re the principal’s daughter, plus you have to deal with a too handsome, annoying yet intriguing dude everyday LOL
While the story centres around Melissa and Lance’s budding relationship, I loved the other relationships we got to see: their families and friends. I adored Lance’s relationship with his sister even though she was in Australia so they only communicated via phone, his sister making fun of him for falling for Melissa was hilarious (again, poor Lance heheh)
I love when even the secondary characters are interesting and not just one dimensional but make me want to know more about them and their lives. I’m hoping the other books focus on Mel’s bestie Cam,  Lance’s friend Jace, and Hunter of course. I already think i know who book 2 will focus on but I also at some point need one with Lance’s sister too please *puppy eyes*

So  4/5 gold ink pens for Keeping The Distance 😀 (read the book, the pen thing will make sense :P)

The book releases February 6th and is on preorder sale until then for only $0.99!!